Britain is a parliamentary monarchy. The head of state is Her Majesty Queen Elizabeth II (took office on February 6, 1952, coronation on June 2, 1953). The parliament is a bicameral system: The members of the lower house, the House of Commons, are elected every 4 years in free, equal and secret ballot by the people. As of January 1, 2006, the House of Commons has 645 MPs. The upper house, the House of Lords, currently has 696 seats and today consists of members of the non-hereditary merit nobility, some nobles with hereditary titles and 26 Anglican bishops.

The official name is:

Scotland
Scotland is a constituent part of the United Kingdom of Great Britain and Northern Ireland in both a political and a territorial sense. Scotland consists of the northern part of the largest European island, Great Britain, and several archipelagos. The capital of Scotland is Edinburgh. Scotland has a First Minister who governs the country and can best be compared to a German Prime Minister. Like the Scottish Parliament, the First Minister has his seat in Edinburgh. The head of state is the British monarch or the monarch. The Scottish Parliament and the United Kingdom Parliament in Westminster have executive powers.

Independence
On September 18, 2014, there was a referendum on the independence of Scotland from Great Britain. Of the approximately 5.3 million residents of Scotland, all residents over 16 years of age were entitled to vote, including foreigners – there were around 4.2 million
Scots who lived outside of Scotland at the time of the vote – even if they were near the border in England lived – had no right to vote.
Alex Salmond, chairman of the Scottish Independence Party, played a major role in bringing about this fateful vote.
The question that was put to the vote was translated:
“Should Scotland become an independent country?”
Around 55.3% of the electorate vote against independence – Scotland remains part of Great Britain. The turnout was 84.5%.
The government in London promised to transfer further powers to Scotland by March 27, 2015.

Scotland does not (yet) have its own national anthem. But the Scottish Parliament had discussed several times about making the “Highland Cathedral” their national anthem. The “Royal Scottish National Orchestra” held a concert in Edinburgh in June 2006, in which “Highland Cathedral” and the most popular songs from Scotland were in public competition to become the new national anthem. Highland Cathedral was composed and marketed in 1982 by the two Berliners Michael Korb (born 1957) and Uli Roever (1934-1997). Korb had learned to play the bagpipes with a Scottish battalion stationed in Berlin at the time and perfected it in Edinburgh after the Scots withdrew. Meanwhile, the song has almost cult status, it was played, for example, on the occasion of the church wedding ceremony of Madonna in Scotland. There are now several different texts for the song, for example one from 1990 by Ben Kelly or by Terry Mechan from 1998. The text comes from Werner Bonfig (born 1947) from Berlin, both in German and in English: “stand up again “(get up again) from 1998.
www.highlandcathedral.de

The official national anthem of Scotland is that of Great Britain, God Save the Queen. The exact origin and timing of the national anthem of Great Britain is the cause of much speculation. Among other things, the composition by Dr. John Bull from 1619 and a number of pieces by Henry Purcell. The first publication of the hymn was in “Thesaurus Musicus” in 1744 and was performed publicly for the first time for King George II the following year. Although it is not the oldest, “God Save the Queen” is the first national anthem, after which the other European countries also wrote it. She was also adopted for the Prussian hymn “Heil Dir im Siegerkranz”. Inspired by one of his trips to London, Joseph Haydn composed a very similar hymn around 1794 for the birthday of the Austrian Emperor (God preserve Franz the Kaiser). It is also still one of the two national anthems of New Zealand and the royal anthem for Canada, Australia and the other Commonwealth of Nations. You can find the text underGreat Britain. 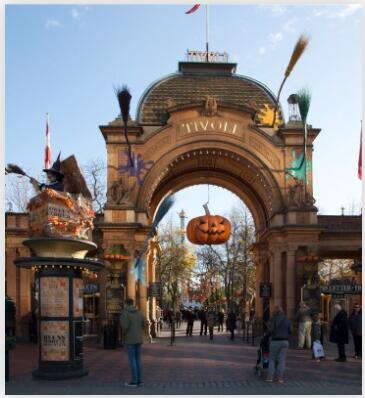