On your first holiday in Paris, it’s easy to take over the city by visiting the number one attractions.

Mandatory attractions must be seen

In what is considered to be the most beautiful city in the world, there is plenty to see and do for weeks – even months – but the tourist’s time is limited. Smart is focused on specific destinations and areas, as a big city is not conquered at once.

Paris is one of the most visited cities in the world, so its attractions are plentiful for visitors regardless of the season. The Eiffel Tower, the Arc de Triomphe and the Louvre are rightly also among the first-visitor destinations, where queuing can take hours at worst. However, with advance planning, waiting can be avoided, leaving valuable time for the rest.

Morning crochet is a way to head to the busiest attractions right at the time of their opening, when others are just enjoying their breakfast croissants. Even the costume vendors arrive later, so for those who are buzzing, morning visits are a good choice. Another way is to get tickets in advance to get directly to the entrance.

If you are planning to tour several museums, you may want to consider a Paris Museum Pass to get past the ticket sales queues. Passports are sold by tourist information and most museums, among others. 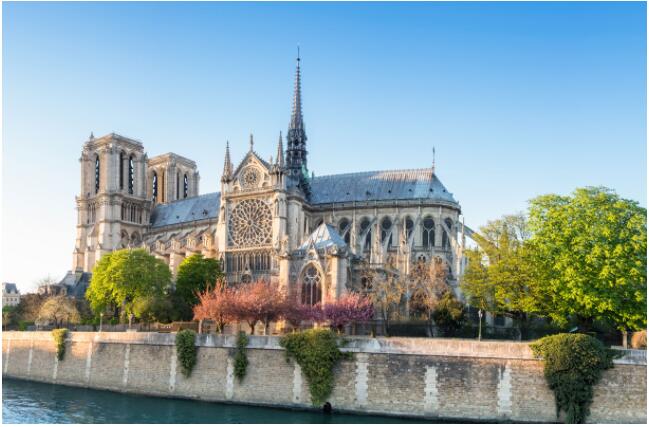 Jump on the river boat

The sights of Paris are located in a fairly wide area. The city’s metro and bus network is comprehensive and tickets are reasonably priced, so getting from one place to another is relatively effortless. Those looking for comfort should consider the riverboat orbiting the main sights along the Seine, from where you can hop on and off at any stop you like.

Notre-Dame Cathedral is still one of the most famous sites in Paris. To the grief of locals and tourists, the cathedral burned badly in April 2019.

It takes time to walk, but at the same time you can enjoy the atmosphere of the city in a completely different way. Charming little streets hide adorable cafes and boutiques.

Within walking distance are, for example, the Eiffel Tower and the magnificent Hôtel des Invalides, as well as the Sainte Chapelle church.

The most comfortable almost obligatory walking destination for the Keng-equipped tourist is the Avenue des Champs Elysées, along which there are several branded shops. At one end is the Arc de Triomphe, and at the other is the park of Les Tuileries, on the edge of which is the Louvre.

The morning starts with a croissant

A Parisian morning starts with coffee and a croissant. For lunch, it is convenient to pick up fruit from the market or from the stall set up in front of the Grocery Store.

Lunch currents lead to the cafes at noon. Lunch menus are available almost anywhere, so an exhausted tourist can deviate to refuel where they happen to be at any given time. Another option is to buy a baguette from the block bakery in your armpit and head to one of the city’s magnificent parks. Worth a visit are, for example, Luxembourg Park on the left bank and the Jardins du Palais Royal in the city center.

The hotel breakfast should be forgotten in Paris on at least one travel morning, and instead head to a Parisian café to enjoy the atmosphere and traditional delicacies.

Food famous in France may come across a nice dinner spot anywhere and by chance. However, those seeking a particular dining experience should keep in mind that the Districts of Paris differ in their offerings.

For those who prefer cheap bistros, the northern areas are suitable, while the top restaurants can be found mainly in the old quarters of the city center. Friends of Asian food should check out the Chinatowns of Paris (13th arrondissement) and the pancakes will get their stomachs full in Montparnasse in southern Paris.

Café culture flourishes especially in the Latin Quarter on the left bank of the Seine, where the Parisian arts and literature elite once enjoyed themselves. Cozy cafés and small restaurants can also be found in the trendy Marais district. 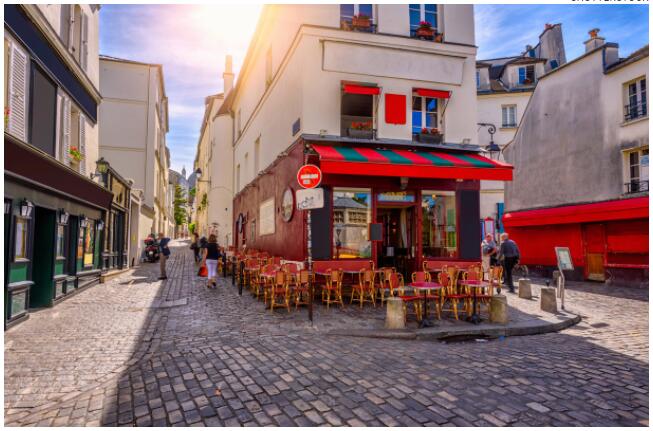 Districts have their own character

The first-timer is easily traversed mainly in the vicinity of the sights, and there is no time left to collapse the outskirts of the city. However, the weekend visitor should also head for an evening walk and dinner in a more distant part of the city.

As a counterbalance to the tourist-rich attractions, Paris has small alleys and their idyllic cafés where you can rest your feet and enjoy delicious pastries. For example, the little streets of Montmartre in the 18th district, which are also familiar from the film Amélie , are suitable for the atmosphere.

At the same time, it is worth visiting the white Sacré Coeur Basilica, located on the top of the highest hill in Paris, whose street artists are also worth seeing. The famous Moulin Rouge cabaret can also be found in the same area.

The most authentic Parisian atmosphere is said to have receded in the easternmost parts of the city, where those looking for it should also visit the most beautiful cemetery in Paris. Père Lachainen’s bubble is home to many celebrities such as singer Edith Piaf , author Oscar Wilde and lead band The Doors Jim Morrison.

A short visit from Paris will inevitably see only a small slice. The places that have not been visited are worth remembering for the next time, as Paris is a city that many will return to again. Traveling is also surprisingly easy, as flights to Paris are relatively cheap all year round.